Why and how to use mind maps to learn Spanish 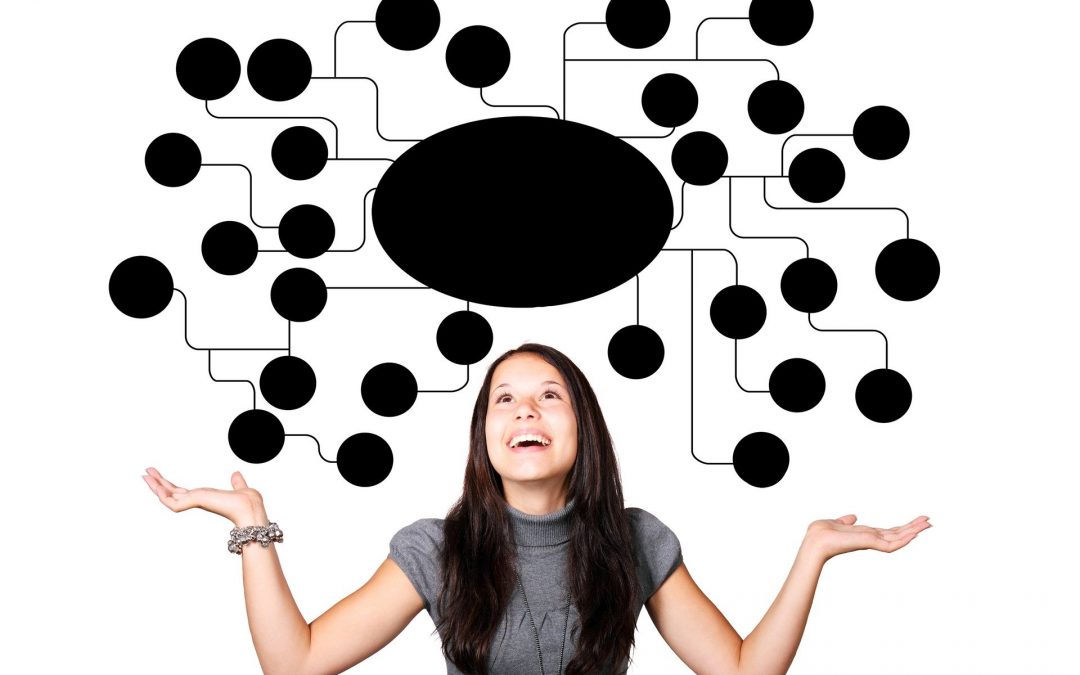 What are mind maps?

Mind mapping is a technique created by Tony Buzan, researcher in the field of intelligence and president of the Brain Foundation. It is a way of representing information in a clear, organized and quick way. In other words, it allows you to structure and classify ideas. If you think about it, since the beginning of time we have all used a pencil for two things: drawing pictures and writing words. Two different things, which we tend to do separately because we understand that drawing is a creative and artistic activity, while writing is a logical activity. What if we combine both activities at the same time?

Why are they effective for learning Spanish?

Using mind maps reproduces the way your brain organizes and stores information.
Our brains don’t look for words in lists when we want to use them. By this I mean that when you can’t remember how to say «toothbrush» in English, for example, your mind doesn’t look for that information in a list called «bathroom objects» in which there is a beginning and an end. Rather, the words you know are organized in your mind by themes, sounds, grammatical categories, syntactic and pragmatic functions etc.

Think of it as if your brain was a library and these groups of words were bookshelves. Words can be found on various shelves, sometimes because of how they sound and sometimes because of the meaning they have or the use to which they are put. When trying to remember a word, first, you access the information that you use most frequently, that is most connected to other concepts, and that has a high imagery (you will find it easier to remember how to say «house» than how to say «loneliness» precisely because the first term has a physical representation).

Using mind maps activates your brain’s lexical organisation systems, so you consciously create your own libraries. You facilitate connections between different words so that when you want to retrieve them for use, your mind will access them faster because it has a greater number of connections to that term.

This is the point of all this: because the brain works with associations, these elements help you remember. The brain works with radiant thinking, i.e. it projects our essence based on the neural functioning of the brain; it doesn’t work with linear thinking like when we write and take notes.

In addition to that, by creating mind maps, as well as exercising your analytical skills you are also working on your creativity.

How to build a mind map?

The process of mind mapping is very simple: The process may sound complicated, but I assure you it is not. Here is a mind map so that, if you have never seen one, you can get an idea of what they look like and what I am trying to explain. Subsequently, the mind maps you make can be enhanced with colours, images, codes and dimensions that not only give them more beauty and individuality, but also make them more memorable and memorable. Another interesting thing about working with mind maps is that we can relax and let the ideas arise spontaneously, so that we are entering into a real creative flow.

Tips for your mind maps:

This website uses cookies to improve your experience while you navigate through the website. Out of these cookies, the cookies that are categorized as necessary are stored on your browser as they are essential for the working of basic functionalities of the website. We also use third-party cookies that help us analyze and understand how you use this website. These cookies will be stored in your browser only with your consent. You also have the option to opt-out of these cookies. But opting out of some of these cookies may have an effect on your browsing experience.
Necessary Siempre activado
Necessary cookies are absolutely essential for the website to function properly. This category only includes cookies that ensures basic functionalities and security features of the website. These cookies do not store any personal information.
Non-necessary
Any cookies that may not be particularly necessary for the website to function and is used specifically to collect user personal data via analytics, ads, other embedded contents are termed as non-necessary cookies. It is mandatory to procure user consent prior to running these cookies on your website.
GUARDAR Y ACEPTAR